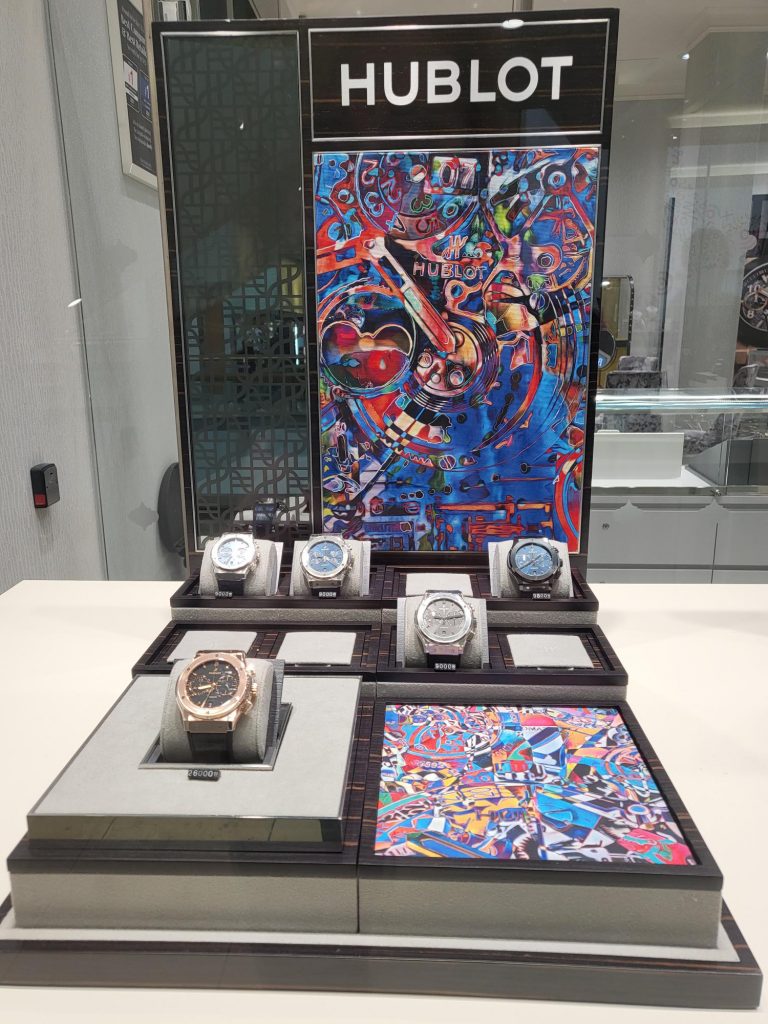 Beaverbrooks is now the official retailer for Hublot watches and they are available exclusively in the Norwich store at Chantry Place and online!

The Swiss-made timepieces are revolutionary, plus find out about the James Bond watch and Moonwatch, also available at Beaverbrooks at Chantry Place.

If you fancy taking a closer look in person, discover Hublot in Beaverbrooks Norwich. 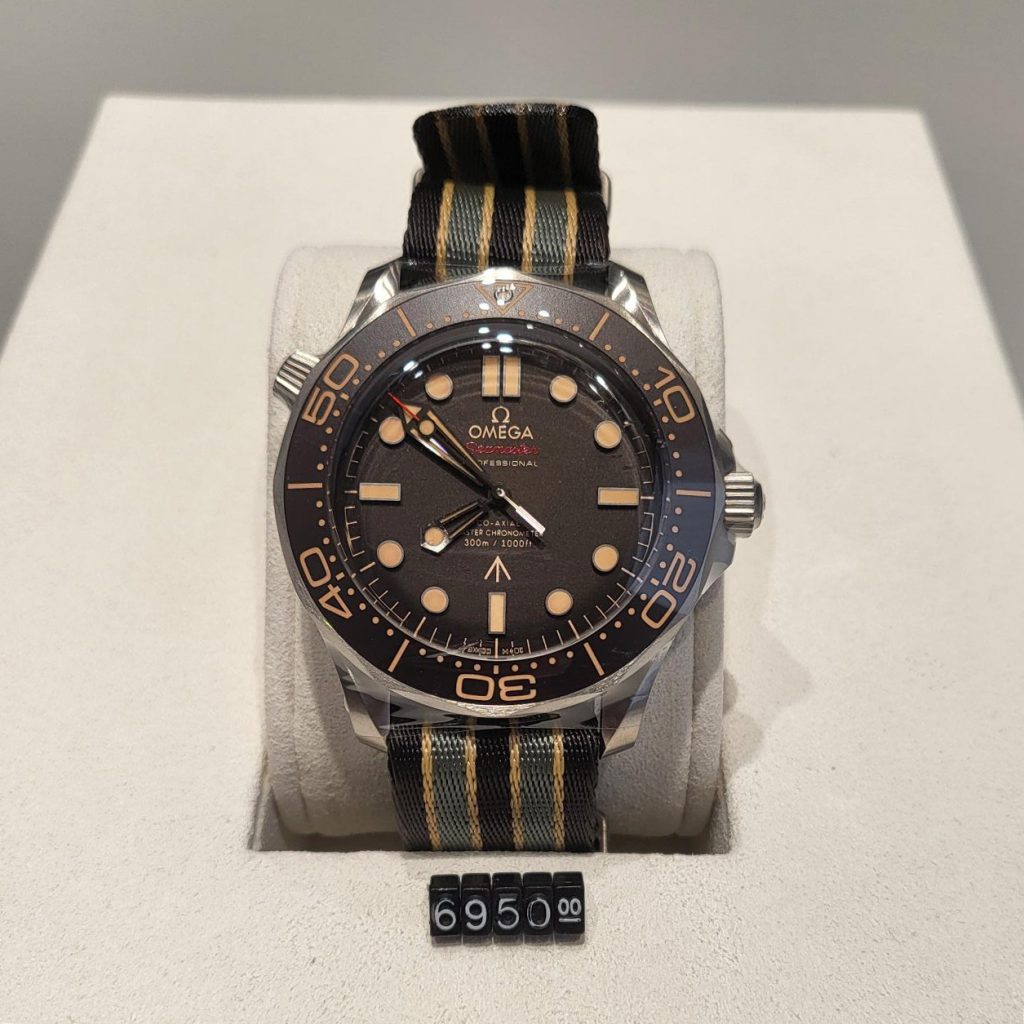 Omega is the watch choice of James Bond

Beaverbrooks Norwich has a stunning OMEGA Seamaster Diver 300m 007 Edition Titanium Automatic Men’s Watch in store – identical to Bond’s watch in the film ‘No Time To Die’ to accompany you on your own daring adventures.

The watch is presented on a striped NATO strap, plus number 62 is engraved on the back, which refers to the year of the very first James Bond film Dr No, it has scratch resistant sapphire crystal glass and is 42mm titanium case size with 300m water resistance. 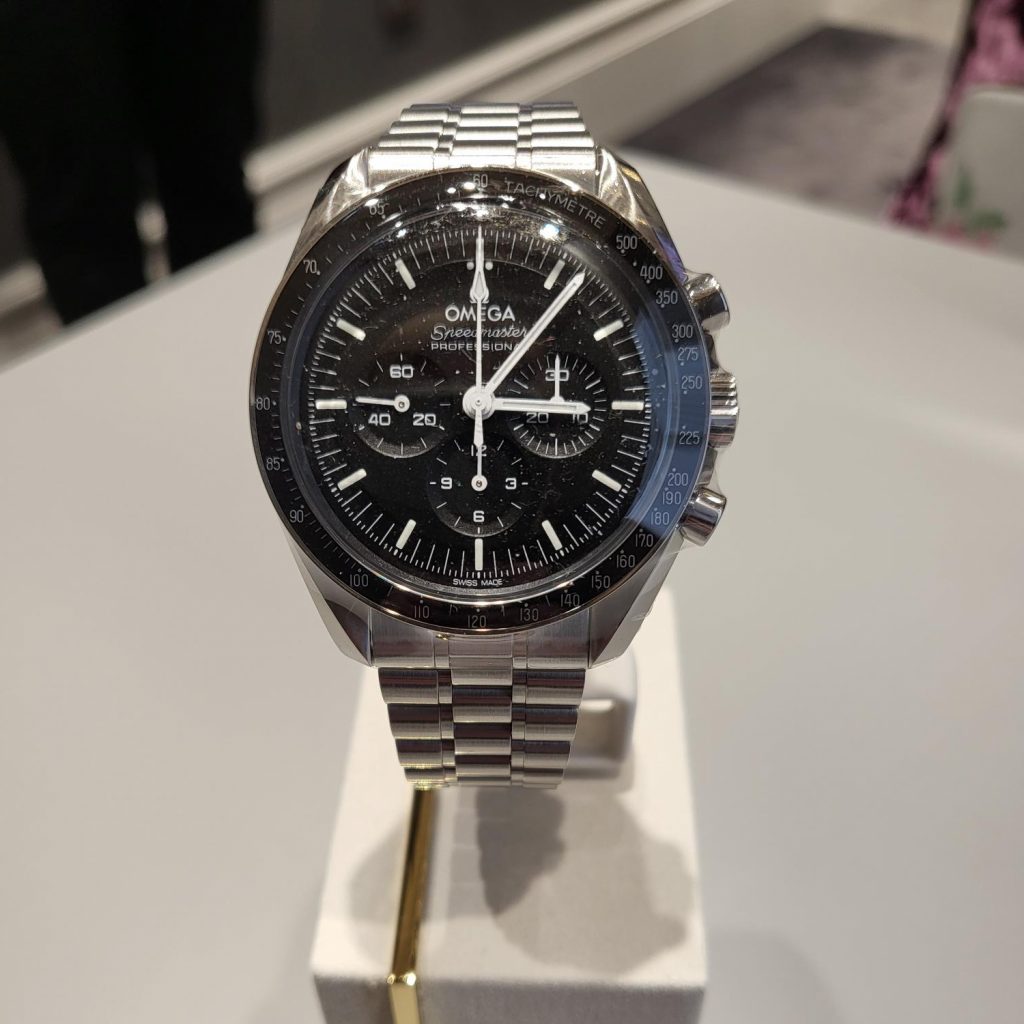 Now Master Chronometer Certified with the highest standard of precision, performance and magnetic-resistance in the Swiss watch industry, the OMEGA Speedmaster Moonwatch Professional Men’s Watch is one of the world’s most iconic timepieces, known for its part in all the six moon landings. It is flight qualified by NASA for all manned space missions and is one of the most iconic timepieces in the world.

The Speedmaster is celebrating its 60th anniversary this year and was first introduced in 1957.

Did you know? Although now known for its space legacy, the Speedmaster was never actually intended for space exploration, but for sports like athletics and car racing.

Also in 1962, NASA began the search for a wristwatch that could be worn by Apollo astronauts. Several watches were subjected to rigorous tests such as extreme temperatures, accelerations, shocks and magnetic fields. The only watch to survive was the third generation 1963 Omega Speedmaster.

And on the 21st July 1969, the 1965 Speedmaster was the first watch to ever walk on the moon when Neil Armstrong and Buzz Aldrin set foot on the lunar surface, earning it the title of the “Moonwatch”.

Since then, it has been worn on all six lunar landings and has become adored around the world.

The Moon watch dial is protected by hesalite crystal, in keeping with the original watches worn on the moon. Hesalite crystal was requested by NASA as it doesn’t break into tiny fragments on impact, unlike sapphire crystal. Thousands of tiny pieces floating around in zero gravity doesn’t sound like a great idea to us either!

You will love telling its amazing history to everyone!

Head to Beaverbrooks at Chantry Place Norwich to view these and many more timeless and stunning watches and jewellery.

To keep up to date with the latest news, offers and events from Chantry Place, please fill in your details below.